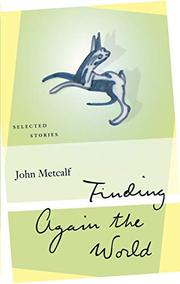 A dozen stories from a fine Canadian writer that explore the discomforts and occasional delights life offers.

Three boys discover a kind of outdoor Sunday school with games and parables run by a couple. After they join in, one of the youths steals the man’s fountain pen and destroys it violently. An old man compels a boy to come to tea, belittles his intelligence, and tries to force him to feel a hole in his leg from a Boer War bullet. A man in a wheelchair politely listens to two missionaries and as they leave shouts: “If I was standing up…I’d be six foot three.” That story is remarkable for three pages of painstaking detail describing how the disabled man manages a bath. Metcalf (The Canadian Short Story, 2018, etc.) displays a masterful deployment of well-observed, pointed details. A man resting at an outdoor cafe from his tour of Rome spends two pages following the movements of three lizards, which echo the inevitable routines and rancor that arise with organized travel. Two of the better tales (“Ceazer Salad” and “The Museum at the End of the World”) appeared in a 2016 collection, The Museum at the End of the World. Another standout here is “The Estuary,” in which the troubled narrator shifts from a fitful talk therapy to a lyrical memory of seeing a pair of porpoises in Wales. In the comic, brittle “Gentle as Flowers Make the Stones,” a struggling poet works mentally on a few lines as he tries to get review work from an editor and anticipates being paid for a reading in a wealthy woman’s home. Harsh reality, hope, and caricature mingle in this tour de force. As Metcalf says in his previous book, “Writing is very hard work but at the same time it is delightful play.”