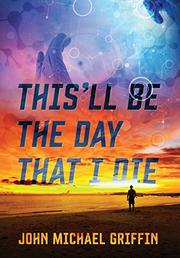 THIS'LL BE THE DAY THAT I DIE

In Griffin’s debut novel, four diverse Long Islanders learn that they’re all fated to die on Christmas Day due to a troubling medical “breakthrough.”

Cold Spring Harbor Laboratory, a cutting-edge research lab, announces an amazing discovery that’s connected to the Human Genome Project. A gene labeled p63A can apparently predict with unerring accuracy the dates of death for a monitored group of human subjects. Eerily, even if ill health isn’t a factor, death inevitably strikes the subjects on the predicted calendar date—due to accident, suicide or even murder. The media uproar that follows comes mostly from the religious community, which accuses the scientists of trying to dethrone God. Doctors, meanwhile, are intrigued and scrutinize the phenomena further. Four Long Islanders in the study group, who seemingly have no other direct connections, all come up in test results as destined to die in exactly one year, on Dec. 25, 2013. The condemned include Dan Brannigan, a superrich stock trader with shady deals in his past, who helped fund Cold Spring Harbor; Janet, a suburban wife and worried mother of a man fighting in Afghanistan; Sharona, a 27-year-old African-American woman struggling with an unreliable ex-con boyfriend; and Father Ted, a serious-minded clergyman, wounded in mind and body because of his service in Operation Desert Storm. As scientists monitor each patient, looking for signs of a sinister pattern, the novel counts down the months and weeks to the quartet’s seemingly unavoidable fate. The story’s premise may initially recall the Final Destination horror-film series, but it quickly turns 180 degrees from the juvenile-gore route. Its overall tone is not unlike those of such popular romance tales as Danielle Steel’s Amazing Grace (2007) or Maeve Binchy’s Nights of Rain and Stars (2004); as in those books, an ensemble cast brought together by happenstance undergoes a trauma, and readers eavesdrop on how each character copes in the aftermath. The resolution, which channels metaphysics, the paranormal and biochemistry, is not only satisfying, but also has a graceful sense of science apprehending the Almighty (or the nearest equivalent) without ever getting overly mawkish or preachy. Griffin, in an afterword, states that he pondered his material for more than 20 years before writing the novel, but it rarely feels forced or overpolished.

A mortality-haunted medical sci-fi tale that offers a life-affirming diagnosis.