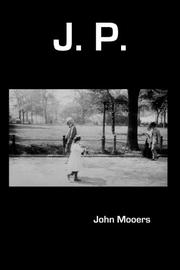 A historical novel that paints an intimate portrait of J.P. Morgan, U.S. banker, financier and philanthropist.

A seasoned author, Mooers (Pillar of Stories, 2013) delves into the personal life of a giant in the financial world. The novel is framed around Morgan as an elderly man reminiscing on his life, his memories serving as the vehicle by which readers come to understand how his experiences shaped him. Sensitive and vulnerable aren’t feelings often associated with this shrewd businessman, yet Mooers reminds readers that Morgan was pierced with mortal longings and pain just like everyone else—from never receiving enough affection from his father to losing a close friend and later a great love to consumption. His sentimentality even permeated his penchant for collecting art: Many years after losing his love, Amelia, Morgan discovered a painting that reminded him of her; he purchased it, hung it over his mantle and never told his wife why, only saying once to someone while looking at it, “Art is the closest thing we have in our world to the eternal.” In addition to his personal losses, Morgan struggled with acne rosacea rhinophyma, a disfiguring condition that haunted him into old age. Despite all this, he was immensely successful, and it is clear his touch on modern life was profound. He helped finance Thomas Edison’s “light” project and was at the forefront of the great industrial consolidations of his time, merging large steel and iron businesses. Mooers weaves this tale together by alternating among the present and various points in Morgan’s past—an engaging storytelling technique, but Mooers jumps time periods with abandon, making some transitions bumpy and others altogether jarring. He also adds a few too many details, stretching out scenes longer than necessary, and although he attempts to reveal a new side to Morgan, Mooers ultimately glosses over the banker’s generally gruff manner and the controversy that surrounded him, particularly how he used his power to manipulate the financial system for personal gain. Still, this novel offers a waltz with history and gives readers the seductive sense of being let in on Morgan’s private, intimate recollections.

A history buff’s guilty pleasure, offering a behind-the-scenes peek into the world of a man whose impact on society lasts to this day.