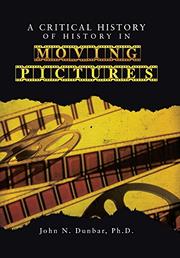 A Critical History of History in Moving Pictures

An examination of how the film industry has interpreted and depicted history from the early 20th century to the present.

In this debut work of film criticism, Dunbar offers a detailed examination of how historical topics have been presented in movies, from the days of silent films to the present. Although Dunbar doesn’t ignore the question of a film’s artistic merits, his primary focus is on how well the movie presents an accurate view of history and if it provides the viewer with an engrossing sense of the past. The book moves both chronologically and thematically through Hollywood history (non-U.S. movies are addressed toward the end of the book). Dunbar displays an encyclopedic knowledge of movies, citing dozens of films in detail as he explains how historically effective narratives—John Adams, Band of Brothers—distinguish themselves from the rest of the industry. The book isn’t shy in its judgments: The Production Code Administration was an “idiotic agency of moral regulation”; “any film maker who undertakes to portray the members of that ‘Greatest Generation’ as anything less than they were is committing an act of cultural and historical libel”; John Wayne is “the prince of phonies.” The result is a highly idiosyncratic approach to historical analysis, and its effectiveness depends on how much credence readers are willing to give Dunbar’s interpretation. The high frequency of misspellings, from the names of notable historians (Leopold von Ranke; Thomas Macaulay; Herodotus) to filmmakers and the authors of works cited in the text (Barbara Tuchman; Steven Spielberg; Jeanine Basinger; John Huston) to simple typos (“New Wold,” “Sargent,” “profit” for “prophet,” “grizzly” for “grisly”), is evidence that the book could have benefited from further editing. In addition, the book’s inline citations make frequent references to Wikipedia.

A thorough but uneven study of the presentation of history in film.