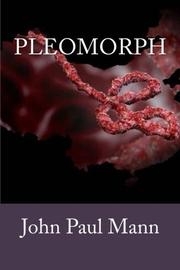 The threat of war—both conventional and biological—involving the United States, Russia, and China looms large in Mann’s debut thriller.

As a senior U.S. government adviser based in Beijing, Mark Richards is sent to investigate what appears to be a massive excavation project in a remote area of China. The Chinese insist it’s nothing more than a large-scale fossil discovery. However, the amount of heavy equipment being used, from trucks to aircraft, has led some to suspect it might actually be a military operation. Or maybe it’s simply a decoy to misdirect attention away from whatever China is really planning. Added to this are troubling reports of a virus that has wiped out thousands in the Chinese city of Kashgar—was it a chance tragedy or could it have been intentional? U.S. government officials scramble to put the pieces together when another event sends shock waves across the globe: several Russian provinces have circumvented the corrupt control of Moscow and, with their valuable natural resources, entered into trade deals directly with China. Access to these resources means China is poised to set up its own trade bloc—one in which the United States may have no share. Even as strategists, military officers, and politicians struggle to comprehend the situation, it escalates to the fever pitch of all-out war, as Russia and the United States threaten the borders of China—a war no one can truly win. Throughout, Mann maintains a high level of complexity in economic, cultural, political, and scientific details. He develops a vivid sense of place, made more remarkable given the vastly different locations described. Characters are largely realistic, though some readers may find the sheer number a bit overwhelming, particularly because Mann continues to add new characters until nearly the end of the story. Prose sometimes seems a bit unpolished—e.g., “Out of habit, his eyes darted furtively around the room out of habit”—but most will feel Mann makes up for it with a well-paced, inventive story. Heavy hints at a sequel should leave readers in happy anticipation.

Convoluted at times, but overall a fun ride.