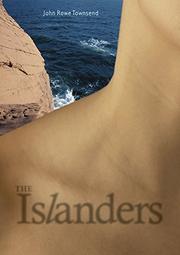 If the contents of the Book, containing the narrative of this remote island colony's founding and the Teaching of the Deliverer who led the original settlers, had been read at the beginning of this book, it would have made a strong enough story of shipwreck, treachery, and mayhem. Coming as it does toward the end, when the illiterate, isolated colonists at last have a shipwrecked sailor to read it to them, it's that and more: readers will be stunned along with the assembled community by the enormity of the founders' wickedness. By then, we've seen how narrow adherence to what the islanders believe to be the Book's Teaching has resulted in their driving another small band, ""heathens"" from a distant island destroyed by a volcano, to likely starvation on an even smaller and rockier island nearby. We've seen the struggle, between the older conservatives and the young people who have rescued the ""incomers,"" over how to treat the outsiders and what the Teaching really says. And we have seen the problems caused by troublemakers, deplored by both groups, who take advantage of the changes. ""Seems to me it might surprise you,"" sailor Charlie understates before launching the public reading that will rock the island. But these revelations are not all: the reading sets off a new round of violence and treachery; the troublemakers flee with the community's vitally needed fishing boats, ammunition, and supplies--as well as the Deliverer's newly-revealed chest of gold; and only well into a winter of near-starvation do the remaining islanders and incomers get together, each group retaining its own ways while they ""wait and see."" This collective story, of course, has its closely woven individual threads, the chief among them concerning strong, independent, teenage Molly--who first sees the incomers' sail, takes a passionate ""fancy"" to a new young man though a stolid islander expects eventually to wed her, and refuses to be pushed into choosing between them. Then there are Molly's brother Tom, a potential intellectual who fears heights though climbing is a survival skill on the island, and her new brother-in-law Adam, a force for tolerance and reason who becomes the community's leader. Townsend, in fact, makes us well acquainted with the entire population, yet continues to surprise us with their unexpected actions.