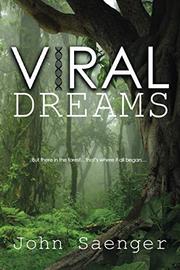 A father fights for his missing daughter in this debut biotech thriller.

Saenger parlays his expertise as a pharmaceutical immuno-oncologist in this novel about widowed single father and former SWAT team leader Max Tyler, who becomes embroiled in a nefarious biomedical scheme. While camping in California, his 9-year-old daughter, Megan, is nearly abducted by an unknown assailant; she’s shot with a tranquilizer dart and becomes gravely ill. Infectious disease specialist Beth Collins, at a nearby hospital, enters the picture to care for Megan. Another clumsy attempt to kidnap the girl occurs as Max struggles with Larry Drake, a disgruntled, drug-addled nurse who’s been committing murders at the hospital. Megan is abducted, along with Beth, who’d tried in vain to rescue her. Max holds the remaining kidnapper at gunpoint, and he confesses that Megan was taken to a secret lab. As Max and special ops expert Mark Hunter frantically plot a mission to save the day, Saenger expands his riveting narrative by offering further details about biotechnology company Viralvector and its diabolical “projects” involving Megan, whom they’d initially targeted long ago. Its chief scientist has collected several kids for viral experiments that allow the company to hijack certain youngsters’ brain cells, spur their intellectual advancement, and create prime candidates for stem cell harvesting. The author describes this process and many medical procedures with the ease of a seasoned clinical scientist. Some readers may find his expert explanations of genetic manipulation to be overly complicated, but they do add more intrigue and mystery to the story. Megan, who later teams up with another kidnapped girl, emerges as a tenacious character with plenty of youthful determination. In the end, Saenger’s villains aren’t nearly as wicked and calculating as readers may want them to be. However, the author’s gripping storytelling and characterization—and particularly his riveting conclusion—more than make up for this.