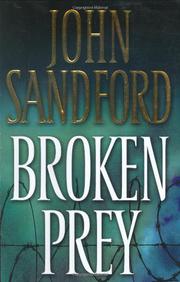 Now that Lucas Davenport’s gone up against a Russian spy ring (Hidden Prey, 2004), it’s almost anticlimactic to ask him to catch a mere serial killer. But that’s the only anticlimax here.

What are the odds that the M.O. behind Angela Larson’s murder—she was bound, scourged with a wire whip, and repeatedly raped before her throat was cut and her body laid out in a ritualistic display—would be repeated with a male victim? But Adam Rice, an old acquaintance of Blue Earth County sheriff Gene Nordwall’s, presents the same grisly picture. Was their killer gay or bisexual? How did he find his victims? And what do they have in common? Lucas, who runs the Office of Regional Research for the Minnesota’s Bureau of Criminal Apprehension, is all over the case, amassing evidence against Charlie Pope, a sex offender just released from St. John’s Security Hospital with a few months to run on his sentence but his attitude still intact. Charlie has celebrated his freedom by sawing off his ankle monitor and vanishing—except for the trace evidence he’s left at the crime scenes and the phone calls he makes, first to ambitious Star-Tribune reporter Ruffe Ignace, then to Lucas himself. The only trouble is that Charlie’s clearly not smart enough to be the murderer. He must be getting help from somebody—maybe from one of the habitual Big Three offenders he spent time with at St. John’s. Wondering whether anybody not named Hannibal Lecter can be issuing murderous instructions from inside a prison, Lucas and Co. hunker down to take a long hard look at the hospital just as things start to get really interesting.

A tale so fast-moving you won’t even notice the unobtrusively expert detective work till the second time around.