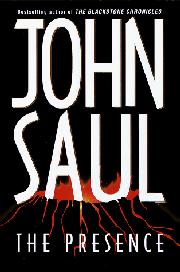 A suspenseful thriller from the prolific and craftsmanlike Saul (The Homing, 1993, etc.) that moves like a dream through its paradisiacal Hawaiian landscape. As in his Black Lightning (1995), the lungs here are the focus of the story. In that tale, a serial killer left SS-like black lightning bolts on the pleural cavities of his victims. This time, victims' lungs suddenly become allergic to oxygen and can live only on fumes—those of ammonia, for example—that are normally poisonous. The action begins when Dr. Katharine Sundquist, an archaeologist specializing in early hominids in Africa, is hired for a three-month term to work on bones recently discovered near a vent in a volcano on Maui. Hiring her is a research lab owned by a superrich Japanese medical entrepreneur. Also on hand are a handsome fellow archaeologist who once courted the now widowed Katharine, and her son Michael, who's been overcoming asthma through physical training. When he and three Hawaiian friends go for a night dive, they come upon an underwater area contaminated by a geode from outer space. Back on land, they find that their lungs can't tolerate oxygen. How and why does the geode affect normal breathing? And what of the strange hominid-like bones Katharine patiently unearths? They look like those of early man, which is impossible, since Maui didn't exist when the first humans evolved. Are the bones somehow tied to the geode? Then it turns out that an astronomer in a Maui observatory has been studying a peculiar star some 15 million years old that seems to be sending out a radio signal, which eventually he interprets as a DNA code. Yipes! Folks from outer space are sending DNA code to planet Earth? Saul handily ties all of these elements together in a terse, provocative narrative. Nicely done indeed: strange, disturbing goings-on, with only two spoonsful of outrageous melodrama.