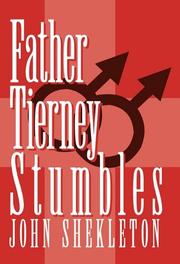 Father Joe Tierney’s decision to seek advice from a trusted friend leads him to a clandestine support group for HIV-positive clergy. Meanwhile, a freelance reporter investigating the issue of AIDS in the Catholic priesthood moves closer to discovering the support group. Angela Roth, director of public relations for the diocese, undertakes her own research as she tries to formulate a measured response to increasing media scrutiny. The conflicts between Angela’s professional obligations and personal beliefs represent one of the novel’s highlights. Likewise, the author evokes Joe’s Mexican-American heritage by incorporating Spanish words and phrases that are authentic, yet unobtrusive for readers not familiar with Spanish. This well-paced narrative maintains a consistent sense of urgency, where each critical decision has potentially disastrous consequences. Although the use of clunky similes and metaphors can weigh down the narrative voice at times, Shekleton is generally more successful when he allows the characters to speak for themselves: “I guess I see myself as bruised, kind of like a corpse, a badly beaten corpse—a corpse like you’d find in a crime lab. The bruises, they’re deep….But the problem is: no one else sees the bruises. No one else knows how deep they go. I’m not even sure how deep they go.” This morbidly familiar image from television crime dramas goes a long way to illustrate the themes of identity—visible and invisible, embraced and stigmatized—at the heart of the novel. Those who wish to read of erotic adventures in the rectory will not find them here; sexual content is demure and understated. After all, the author seems to imply, sex is part of the story, but not the whole story.

An author’s note reveals Shekleton’s intention to continue with Father Tierney’s story, and a considerable number of readers may want to accompany him further in this exploration of faith, identity and community.