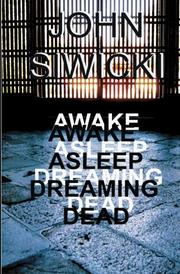 Siwicki’s follow-up to his 2009 novel Expression explores themes of time, memory, perception, and consciousness through a story of an ordinary man’s brush with death.

Sam Young leads a simple, straightforward life in his small hometown. After he graduates, he opens a photography studio, and earns an honest living as a community photographer. Even his love life follows a narrow path, as he lives with his first love, Esther, a pretty nurse at the local hospital. Although the couple sometimes dream of moving to a city to further Sam’s photography career or Esther’s modeling aspirations, they’re relatively complacent in their provincial life. Siwicki’s introductory prose is clear and descriptive. However, the main characters lack dimension, and readers may find it a challenge to become invested in their story. Sam’s ordinary life is shaken up, though, when a mysterious man from a prestigious magazine commissions him to photograph the estate of a famed, missing architect. Sam embarks on a long, overnight drive to the site. Alone in the car, he muses about the transitory nature of memories and life. These interludes read like a surrealist film monologue: “Is everything just a solitary moment? Is time eventually used up, then gone forever? Where does time come from, and where does it go?” As Sam drives along the highway, Siwicki explores the four possible states of consciousness that give the novel its title, and the consequences of each. The premise is intriguing, and it would probably translate well as a film. However, its execution here is confusing. During the driving segments, for example, Siwicki refers to Sam simply as “the driver,” and readers may initially think that he’s a different character. It’s also difficult to decipher which events transpire in reality and which don’t; however, that may be the author’s point. Sam’s camera also seems to play a sort of magical role, but this idea isn’t fully realized.

A creatively constructed narrative that doesn’t come together in a fully satisfying way.