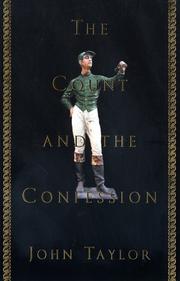 THE COUNT AND THE CONFESSION

Roger Zygmunt de la Burde, a self-styled count, was a fixture among Tidewater Virginia’s golf-and-cocktails set, which recognized him for the arriviste he was. Suave, cultured, given to propositioning women he’d scarcely met with a surprising rate of success, he amassed a sizeable fortune working as a chemist for the Philip Morris tobacco company, which he sued for a share of its profits from one of his patents. (“Instead of settling as he hoped it would, the company had countersued.”) While still married, he embarked on a series of affairs, one of which yielded a long-term relationship with another Philip Morris employee, Beverly Monroe. When Burde turned up dead, a single bullet to the brow, investigators at first ruled it suicide but then charged Monroe with murder. Apparently, Burde had been planning to break up with her after impregnating a much younger woman; Monroe had a strong motive to bump him off for a piece of his fortune, and her story didn’t quite add up. But she wasn’t the only person with an interest in seeing Burde dead; Taylor examines the many flaws in the prosecution’s case while enumerating the long roster of enemies Burde left behind: greedy family members, former paramours, aggrieved ex-husbands, big-tobacco executives. It’s up to the reader to judge whether the author does a convincing job of exonerating Monroe, convicted and now in prison. Suffice it to say that he looks into the matter with exquisite care, and though his desire to cover the ground thoroughly is admirable from an evidentiary point of view, it does tend to slow down the pace of a narrative that should crackle.

Still, true-crime buffs ought to enjoy this outing, which suggests that just about everyone involved had it coming.