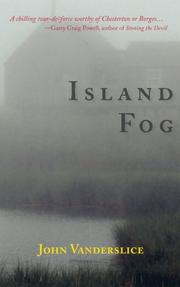 In Vanderslice’s new collection, the eponymous fog is a metaphor for moral ambiguity. “Guilty Look” provides an early (set in 1795) example of bankers exploiting the justice system for personal gain. In “King Philip’s War” (1823), the uneasy friendship of two boys, white and Indian, echoes the détente between their respective populations. Orpha, who has heard nothing of her whaler husband, Reuben, for more than three years, happily gives up on him in “On Cherry Street” (1837). In “Taste” (1846), Gideon, a once-promising ship’s captain, has worked as a night watchman for almost three decades, since his ship was wrecked by a sperm whale. In weeks adrift on a small boat, Gideon resorted to cannibalism, a “taste” which has not left him since. On Vanderslice’s Nantucket, modernity does nothing to mediate the macabre, menacing and mysterious. In “How Long Will You Tarry?” (1920), a black schoolteacher descended from the island’s African settlers encounters an eerie reminder of incipient racial prejudice on her walk home. A plumber is forced to face the truth about the only woman who loved him in “Morning Meal” (1999). The increasingly upscale Nantucket of the 2000s harbors even more danger. In “Beaten,” a vacationer’s daily run becomes a nightmare as a stranger dogs his steps like a Nike-clad fury. A gay man suddenly summoned off island by a fickle Bostonian lover weighs his options while a nightly, ghostly presence weighs down his chest in “Haunted.” The title of “Newfoundland” suggests the longed-for escape of a successful auto dealer whose social-climbing wife is bankrupting him. Hosanna, a Jamaican single mother who's trying to survive with her two children by running a snack shop, finds her precarious security further undermined by the woman she trusted to manage the slacker summer help in “Managing Business.” In the supremely unsettling title story, Doug, another slacker, finds himself drawn into a Faustian bargain with a uniquely New England twist.

A spellbinding collection that explodes every anodyne myth about Nantucket while fostering some new ones.