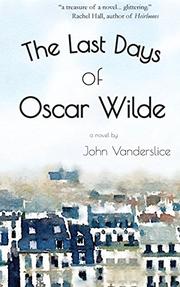 THE LAST DAYS OF OSCAR WILDE

The publicly disgraced poet Oscar Wilde deals with the emotional aftermath of scandal.

It is Paris in the fall of 1899. The once-famous and now-infamous Oscar Wilde is two years out of a two-year jail sentence for “gross indecency” with men. Unable to live in England in the wake of the scandal, Wilde has retreated to Paris, and he intuits that he has very little time left to live, though he is only in his mid-40s. In these, the last months of his life, Wilde negotiates a series of complicated relationships with the few loyal friends that remain to him—Robert Ross, an ex-lover who provides Wilde with income; Frank Harris, an Irish magazine man living in the south of France; Maurice Gilbert, Wilde’s soldier-lover; Reggie Turner, a travel companion; and Alfred “Bosie” Douglas, Wilde’s “virtual spouse,” whose father initiated the charges against him and who has also ended up in Paris, seemingly to finish stomping on Wilde’s bruised heart. Wilde bounces around France and occasionally elsewhere in Europe with these men, seizing at moments of pleasure and beauty while also being stricken by the fresh traumas of his past. Vanderslice (Island Fog, 2014, etc.) has tremendous ambition here: not only must he weave a story that essentially has no plot and an inevitable climax in Wilde’s death, he must also put words into the mouth of one of history’s most clever wielders of the bon mot. Vanderslice’s Wilde is not the quippy, theatrical figure a reader might expect. He’s wry and sensitive and selfish, as complex certainly as the real Wilde must have been. And although the book is mostly conversation and little action, readers are still swept along by a desire to see Wilde come to some sort of much-deserved peace.

A quiet, tender portrait of a literary giant.