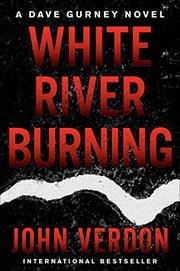 Once again, the bucolic upstate retirement of NYPD homicide ace Dave Gurney is disrupted by a grisly murder spree.

In the sixth installment of this series of mystery-thrillers by ex-adman Verdon (Wolf Lake, 2016, etc.), the specter of racial tension comes to roost near the woodsy farmhouse in Walnut Crossing, New York, that Gurney and his wife call home. A petty-minded district attorney with big-ticket ambitions wants Gurney to look into the shooting death of a police officer in the nearby town of White River. Because the officer was white and the incident took place at a demonstration marking the one-year anniversary of a police shooting of an unarmed black motorist, Gurney must deploy all his urbane discretion, implacable concentration, and innate logic to work his way through thickets of bad faith and ill will. Much of the latter comes from White River’s belligerent police chief, who is eager to pin the murder of his patrolman on two leaders of the demonstration’s organizer, the Black Defense Alliance. But that scenario sinks when those two suspects are found naked, branded, and beaten to death on a local playground. From that point forward, nothing remains certain in Gurney’s inquiry as more bodies pile up, each of them disposed more brutally—and diabolically. With the determination and craftiness that in his previous life won him the “supercop” designation, Gurney methodically tries to connect each murder to the other. All he can count on for reliable backup are cool-headed White River policeman Mark Torres and short-fused but bombastically-effective private investigator Jack Hardwick, a holdover from previous novels. And there’s his forbearing wife, Madeleine, who at one point deep into the investigation observes of her husband: “You’re good at assembling bits of information and seeing a pattern in them. But I think sometimes you enjoy the intellectual process so much you don’t like to rush it.” That could also be said of Gurney’s creator, whose systematic approach to his material may tempt his readers to feel the need to push things along at times.

It's easy to see why this series is so popular, blending as it does the hard-boiled social observations of noir fiction with the inscrutable pleasures of classic “whodunit” puzzle-solving.