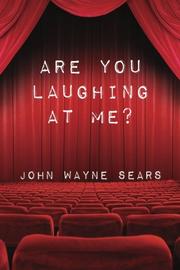 ARE YOU LAUGHING AT ME?

A disaster-prone adventurer gets into various predicaments at home in British Columbia and the far-flung locales of Hawaii, Costa Rica and Mexico in Sears’ debut memoir.

Sears doesn’t personally seem to have much of an interest in travel but his friends and wife Pat do. Thus, Sears gets dragged or coaxed along on all kinds of adventures, which, more often than not, involve a series of minor, everyday inconveniences. This, perhaps, is not the best fodder for a 300-page collection of personal essays. The author’s prose is fairly straightforward, very clever and always personable, and despite a tendency to get carried away with hokey jokes, the book exhibits a decent sense of structure and pace. In Sears, readers find a very likable narrator who comes across as an eccentric uncle with a penchant for mischief. The stories are conversational and conspiratorially related, as Sears chugs along gamely in the face of mounting obstacles while smarting off to Pat, ogling leggy island women and accidentally ingesting copious amounts of seawater. Unfortunately, there is only so much humor that can be wrung out of swallowing seawater, backaches and chafing. Sears does have plenty of material to work with from a lifetime of travel but often it’s not as captivating as readers may wish. For example, if Sears had actually encountered an enraged giant gorilla in the wilds of Costa Rica, as opposed to one of the ubiquitous howler monkeys found there, that might account for the terror the author recounts experiencing. Instead, his panic-stricken reaction is good for a laugh but doesn’t rise above the level of an interesting anecdote. With few notable exceptions, such as Sears’ touching remembrance of a deceased friend, that’s too often the case with the essays found herein. In this chronicle of humorous adventuring, Sears could use more adventure.