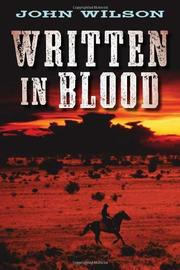 Sixteen-year-old Jim has left his 1870s home in Canada and, based on clues from an old letter, is traveling to the Mexican border village of Casas Grandes in search of his long-missing father. Along the vividly depicted trail, he encounters several lightly sketched characters who offer him their stories.  Each one usefully provides hints to his father’s past. Some, like Ed, are purely, over-the-top, evil. Others—cave-dwelling, half-Apache Too-ah-yay-say; amiable, elderly Mexican Santiago; and Nah-kee-tats-an, another Apache, who conveniently shows up precisely when most needed—provide key information and wisdom as Jim draws his own conclusions about his mysterious father. Violent, graphically depicted death abounds. Near the climax, Ed’s exposition on the past goes on for too many pages to be fully believable, and much of the dialogue is similarly expository. Still, chapters are short and action filled, Jim is a likable character and reluctant readers will find this to be a fast-paced, easy-to-swallow tale of the Old West. (Historical fiction. 11-14)