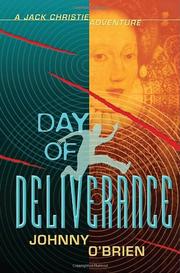 Jack Christie and his hulking sidekick, Angus (introduced in Day of the Assassins, 2009), take another trip into the past as agents of VIGIL, this time to scotch a scheme by the megalomaniac Pendleshape and his Revisionists to support the Spanish Armada with modern weaponry. Gore-splashed—Jack and Angus arrive just in time to witness the graphically described beheading of Mary, Queen of Scots—and fast-paced, the jaunt features plenty of chases and escapes, as well as encounters with the likes of Christopher Marlowe, William Shakespeare and Queen Elizabeth, not to mention extended scenes of actors in drunken revelry for comic relief and a violent climactic sea battle aboard Sir Francis Drake’s flagship. As before, O’Brien seems to see no conflict between VIGIL’s determination to prevent the past from being changed and its agents’ willingness to use 21st-century technology openly—and even leave it behind. Still, noncritical readers will enjoy the nonstop action, as well as the glimpses of historical figures. The author includes afternotes on the latter. (Time-travel fantasy. 11-13)