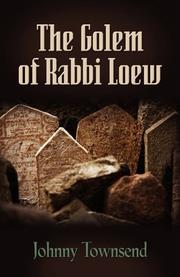 THE GOLEM OF RABBI LOEW

A collection of short stories set along the connections of gay life, Jewish life and Mormon life.

This 2010 collection from Townsend (Flying Over Babel, 2011, etc.) features 12 stories of lives caught in the conflict of public religion and private identity; the young men in these tales are all searching for a larger happiness, be it social or spiritual or even sexual (“If penguins can be monogamous,” says one character, “we ought to be able to manage it as well”). Obstacles abound—too profusely, in fact; most of these stories suffer because of an emphasis on shocking material. In the long title story, for instance, the burlesque of a rabbi creating a perfect lover out of clay drowns out a rather touching story of frustrated love trying to make itself heard. To one extent or another, this is true of every story here, and after a while, even Townsend’s sharp ear for dialogue and often nuanced treatment of lust can’t soften the text’s emphasis on prompting gasps of outrage from conservative readers. In one story, two good-looking young men find friendship through a shared love of the Talmud—but also through a shared love of frantic shagging in the afternoon, which feels hastily tacked on to a more cerebral but also more involving story. This is, of course, the signature danger of porn: it tends to kill all aesthetics but its own, and its own is usually very, very simple. Townsend is already given to telegraphing his punches: “When I was a kid, I loved staying in the kitchen to hear the women talk,” one of his characters confesses, and the reader can only sigh at this often-used staple of gay coming-of-age stories.

A strong collection, but its internal conflicts—between sensitive depiction of Jewish intellectual life and raunchy tales of porn—ultimately work at cross-purposes.

SEX AMONG THE SAINTS
by Johnny Townsend
Newsletter sign-up