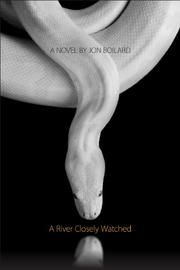 Boilard’s debut novel is the literary equivalent of punk rock: angry, cathartic and dripping with contempt for its characters. The story is set in western Massachusetts, which Boilard depicts as a backwater where rape, violence, racism and misogyny are the currency.

The closest thing to a hero is Bobby DuBois, youngest member of an ill-fated family. Events are set in motion when Bobby’s father, Blackie, an ex-convict with a wide sadistic streak, kidnaps and tortures Raymont, a dimwitted boy who’s been suspected of a sex crime. Bobby takes pity on the boy and sets him free—which he knows will be enough to send Blackie into a murderous rage. Running to the ineffectual police force is not an option—nor apparently is escaping to Boston or one of the nearby college towns, which don’t exist at all in the narrative. So, after wrapping up some business—which includes taking revenge on the thugs who’ve attacked his pregnant girlfriend, Doreen—Bobby heads for the hills in the custody of his uncle Thaddeus. No role model himself, Thaddeus teaches Bobby to have sex with ex-strippers, eat dogs and other random roadkill and finally, to murder those who get in the way. The body count piles up as Blackie gives pursuit, joined by an even scarier ex-con, Ed. The conclusion offers hope that Bobby will rise above his surroundings, but it doesn’t seem likely; and the doormatlike female characters aren’t much more appealing than the males.

Boilard was raised in Massachusetts and now lives in San Francisco, so the book can be read as a poison-pen letter to his former home; it's compelling in its twisted way.