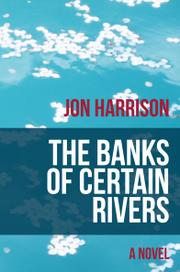 THE BANKS OF CERTAIN RIVERS

On the surface, high school science teacher and cross-country running coach Neil Kazenzakis has recovered well from the tragic accident that happened years ago and left his wife in a vegetative state and him to raise their now-teenage son. But high school politics, parenting and caring for his ailing mother-in-law, who lives next door, (not to mention the burden of making sure his two-year relationship with his mother-in-law’s nurse remains a secret) all take their toll on his fragile psychological equilibrium. Harrison’s debut is a slow, thoughtful work driven by Neil’s interactions with others: his students; co-workers; neighbors; his girlfriend, Lauren, who’s starting to lose patience with their state of romantic limbo; and, especially, his son, Chris. Though these circumstances are, in their own right, rife with tension, the novel is a bit exposition-heavy, and it’s well into the story before the plot’s central conflicts—an accusation of inappropriate conduct at school paired with a new and sudden pressure to reveal his relationship with Lauren—are set into motion. That said, Harrison’s characters are compelling, and his prose is lucid; the emails Neil begins sending to a Gmail account he created in his wife’s name, a device Harrison employs throughout, are affecting and often tender. Neil’s vividly detailed life is sure to appeal to fans of emotionally involving fiction, while more cynical readers might be skeptical of Neil’s relentlessly moral conscience and the somewhat one-note representation of Chris’ adolescent angst. Harrison’s characters frequently suffer misfortune and, occasionally, the consequences of their own questionable decisions, but he transforms a story that could easily be somber into a hopeful one, recognizing both the difficulty and importance of letting go and moving on.