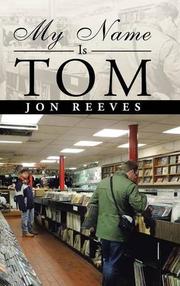 My Name Is Tom

In this music-powered story, a young man sets out to reclaim his prized record collection after pawning it during a period of drug-fueled indiscretion.

The result of a teenage pregnancy in 1970, the protagonist is given up for adoption as a newborn and raised by a terribly uptight mother and a much more lackadaisical father in Birmingham, England. Thomas Luke Joyce isn’t terribly ambitious or clever, but when he buys his first single at the age of 13—The Style Council’s “Speak Like a Child”—he finds a reason for being. Throughout the 1980s, Tom amasses a massive collection of vinyl from the likes of The Cure, New Order, and The Smiths, working for his accountant father solely to make enough money to buy more records. But when his friend Gary introduces him to rave culture, everything changes. Despite hating the “rubbish” music with every fiber of his being, Tom finds himself spending every Friday high on Ecstasy, dancing until dawn. Soon, he starts selling his beloved records to fund his new lifestyle. But when one night out goes awry thanks to a tangle with some small-time drug dealers, Tom decides to go straight and starts working full-time so that he can rebuild his collection record by record. Yet his concern for his old friend Gary, still caught up in that troubled, drug-addled world, throws another complication into his efforts to lead a simpler life. Fans of Nick Hornby’s English-accented musings on music, obsession, and growing up will find much to love about Reeves’ debut novel. Tom is an insanely likable Everyman—he might not be an intellectual, but his smart-alecky sense of humor will endear him to most readers, especially when he spouts such gems as: “But then other things had positive names but weren’t always good. Take heroin, for instance, the name for a heroic lady but also something that makes you look like Gordon’s wife.” While the madcap climax is a bit too absurd and involves too many well-placed coincidences to be believable, it doesn’t stop this story from being enjoyable down to the last syllable.

A frank and funny coming-of-age story with a rousing soundtrack.