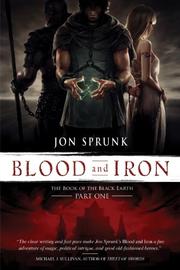 A tradesman fleeing a personal tragedy is thrust into more elevated and considerably more perilous circumstances in the first of a political sword-and-sorcery epic by the author of Shadow's Master (2012).

Ship’s carpenter Horace is bound for the crusade to fight the Akeshian Empire when a strange storm wrecks the Bantu Ray and Horace finds himself marooned in Erugash, a city-state in Akeshia. He’s immediately captured and enslaved; his fortunes and his danger rise during another storm, which reveals that Horace possesses zoana, or elemental magic. Unchained and whisked to Queen Byleth’s court, Horace must quickly learn to master his previously unknown magic, which makes him both a power to be reckoned with and a target for rival nobles, the priests of the Sun Cult and other more covert forces who seek the queen’s downfall. Akeshia is somewhat based on ancient Egypt, and Horace clearly comes from a more European milieu; the assimilation of a white man into a dark-skinned alien culture and his superior mastery of an ability intrinsic to that culture whiffs faintly (and vaguely unpleasantly) of Dances With Wolves or The Last Samurai. And perhaps a bit too much is made of Horace’s nobility of character, used to explain why queen’s handmaiden (and foreign spy) Alyra and closeted-gay, enslaved soldier Jirom are both so drawn to him. But it’s undeniable that this novel is also sheer fun, with engaging, pulse-quickening action, sympathetic characters and intricate intrigue.