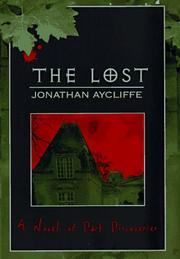 In his hardcover debut, pseudonymous Cambridge professor Aycliffe (Night of the Apocalypse, 1995, etc., as Daniel Easterman) handily upgrades the vampire novel through fine writing and realism. While echoing the diaries and letters of Stoker's original, Aycliffe shores up fantasy with detail built richly from daily life. He begins with a tremendously attractive sense of humor and appealing characters—though humor fades as the creepy crawlies take over. A prep-school teacher in Cambridge, Michael Feraru, inherits Castle Vliacu, his family's fortress in the Transylvanian Alps and hopes to turn it into an orphanage for Romanian children. Delightful letters pass between Michael and his love, Sophie Wandless, back in Cambridge, as he describes his travels through Eastern Europe, his frustrating encounters with bureaucrats, and the gloomy life in today's Bucharest. Meanwhile, he hires a research assistant, Liliana, to help him establish his bona fides as the owner of Castle Vliacu. Materialistic Liliana and her secret boyfriend, however, hope to lead him into opening not an orphanage but rather a hotel at the castle, a business likely to reap great financial rewards. A grinding winter journey to the castle takes Michael and Liliana through villages where many peasants seem never to have seen a car. When their own breaks down, the two nearly die of exposure while plowing about a frigid countryside shadowed by wolves. After arriving at the castle on its beetling mountaintop, they find only an elderly blind woman and her son, who haven't left the site in 50 years. A fine library reveals much about the darkness underlying Michael's ancestors—and himself. At the time, sex blooms between Michael and Liliana, whisperings abound in empty rooms, and a ghost roams the corridors. Pale white wolves that are not wolves but strigoi, or the undead, pace the hills. And what will Michael find in the locked room in the cellar? Brevity breeds tight storytelling, with a final muted twist that proves just enough.