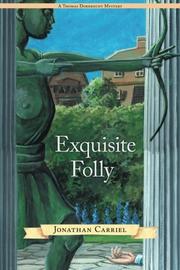 A riveting mystery set in New York City in 1765 on the eve of the Stamp Act.

Thomas Dordrecht, a young, aspiring businessman, returns home to New York after a two-year journey through Europe. He almost immediately bumps into old friend Marinus Willett, who talks about the impending Stamp Act enactment, which would tax Colonial residents for any piece of printed paper they use, and the unrest it has caused. Willett also tells him about a group of anti-Royalists, including himself, who have banded together under the name “the Sons of Liberty” in order to dispute the tax. As Willett and other Sons of Liberty attempt to convince Dordrecht to join their ranks, he’s also trying to find steady employment. Just as he lands himself what he believes to be a lucrative, if short-term, shipping gig, a young woman, Theodora Colegrove, approaches him and offers to hire him to help her solve the mystery of the recent murder of her 18-year-old stepmother, Artemis Colegrove, found stabbed to death near a handwritten note featuring the slogan of the Sons of Liberty. Because he has some experience solving mysteries, Dordrecht accepts the job and delves into the fascinating, sometimes off-putting, and quite chaotic world of the wealthy, prominent Colegrove family. He also witnesses the mounting tensions between those who support the British government and those who resent it. Carriel’s (If Two Are Dead, 2012, etc.) novel delivers a suspenseful mystery with plenty of twists and turns to keep readers engaged until the truth about the murder is revealed. It has a bounty of vivid characters, from Calpurnia, the Colegroves’ slave, to Dordrecht himself, who’s at the center of this and other, previous historical mysteries. Finally, Carriel does an excellent job of using old-fashioned language to paint a colorful picture of Colonial life during the 18th century. For example, when Dordrecht’s older cousin Charles comments on his still being unmarried, Dordrecht thinks, “Be damned if I need yet another relative interfering in my private affairs! My mother, sisters, aunts—all have been writing in a panic to see me married and encumbered with children….And now this libertine capon—how I wish he’d at least get a new wig!”

An engaging, suspenseful novel that combines an intriguing murder mystery with heaps of historical information.