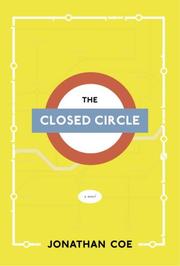 Benjamin Trotter, his friends and family return, even more at sea in a transformed Britain than they were 20 years ago at the close of The Rotters’ Club (2002).

The sharp eye for the socioeconomic landscape that distinguished Coe’s previous outing is also quickly evident here, as Claire Newman describes London in December 1999: “There are vast numbers of people who don’t work in this city anymore, in the sense of making things or selling things. All that seems to be considered rather old-fashioned.” Claire has returned after years living in Italy, but her school chum Benjamin is just as bemused back in their hometown, Birmingham, where he’s senior partner in an accounting firm, still working on the novel that was supposed to make his name decades ago and still mooning over Cicely Boyd, though he’s been married to long-suffering Emily for years. Benjamin may have retained the socialist values of their parents, but he’s just as self-absorbed as younger brother Paul, an eager-beaver junior member of Tony Blair’s business-friendly New Labor government. Both men are fascinated by a young woman named Malvina, who becomes Paul’s “media advisor” and later his lover before a heavily foreshadowed revelation about her parentage provides the story’s climax. There are several other flamboyant plot twists involving members of the once-close, now slightly ill-at-ease circle of friends that also includes journalists Doug Anderton (by this time married to an aristocrat) and Philip Chase (Claire’s ex). But the real point here is Coe’s acid, bitingly funny portrait of early-21st century Britain, where the cradle-to-grave welfare state has been abandoned as “a now comically outdated democratic ideal” and cab drivers knowledgably discuss varieties of wine (“Australian Shiraz, you know, something fruity and mellow”). His characters never come quite as vividly to life, though they’re generally decent, intelligent, well-meaning people with believable personalities and problems.

A pleasing modern-day addition to the venerable lineage of the English social novel, easily the equal of Trollope or Galsworthy, though without the imaginative fire of Dickens.