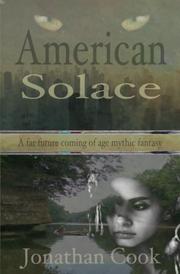 In the far future, a young descendant of Native Americans embarks on a vision quest to discover his totem.

Little Owl, or Miintikwa, 17, lives along the Wabash River, where the fish are scarce and starvation looms. His people, the Peeyankihšionki, were spared when the fifth world ended long ago. An abandoned town, Waayaahtanonki, lies north and could be recolonized, but the area is considered ghost-ridden; to the south live the Ciipaya, an implacable enemy. Overwhelmingly curious about what lies north, Owl decides to head for Waayaahtanonki on a vision quest. He’s surprised and pleased when childhood friend Red Willow joins him; she’s a skilled hunter and warrior—and increasingly, unsettlingly attractive. A Ciipaya warrior seeking “the Lake Erie talisman” attacks the pair; Willow leaves Owl to escort the Ciipaya back to his territory. Journeying northward, Owl becomes astounded and puzzled by remnants of civilization: bridge pilings, buildings, glass. He decides to find the cove where his people emerged from the fifth world. There, he’s stunned and terrified to behold Mihšipinšiwa, “Underwater Panther,” but the underworld god grants Owl informative visions about how the last age ended. Owl faces several dangers and more revelations before he can return home with the knowledge to save his people. In his debut novel, Cook melds a futuristic post-apocalyptic story with a classic coming-of-age quest tale, adding interest with authentic details from Native American culture, such as herbal healing and arrow-making. Owl and Willow’s young love is fairly standard but warm. Cook depicts the Peeyankihšionki with appreciation for the tribe’s multilayered politics and offers some intriguing future history, though its mechanics remain somewhat murky. As are other elements: why would historical patterns repeat themselves so exactly thousands of years later? Are non–Native Americans simply evil? And the Native American words employed liberally throughout are big stumbling blocks for the reader. They’re long, of uncertain pronunciation, and many look much the same at first glance: Mihši-maalhsa, Myaamionki, Mihšipinšiwa, Mishiginebig, and Meehšimeelwia, for example.