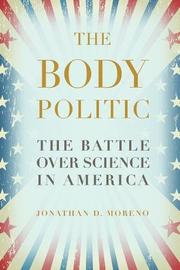 The Battle Over Science in America

An eminent bioethicist presents a nuanced survey of the fraught politics of science in 21st-century America.

Moreno (Philosophy and Medical Ethics/Univ. of Pennsylvania; Science Next: Innovation for the Common Good, 2009, etc.), a senior fellow at the Center for American Progress who served on President Obama’s transition team, makes no bones about falling on the pro-progress side of the often brutal debate Americans have been waging over the proper role of science in society since Roe v. Wade. Nevertheless, he gives plenty of air time to the arguments of his opponents as he searches for the roots of their critiques in American and European intellectual history from the Middle Ages through the Enlightenment and into the progressive era and beyond. Despite general admiration for science among the public since Benjamin Franklin’s day, a darker strain of thought, influenced by the progress-averse romantics and German philosophers from Kant to Heidegger, has grown increasingly influential among American intellectuals as biological discoveries, in particular, have schematically displaced humans from the center of the universe. Moreno coins the term “biopolitics” to distinguish this realm of debate from ordinary politics. In this new battleground, left and right divide and re-merge into two opposing camps: the bioconservatives and bioprogressives, the former (which comprises greens as well as neocons) fretting over the blurring of lines between humans and the rest of creation, the latter lamenting the drag on innovation that might save or radically improve lives. Along the way, Moreno pulls apart the debates on eugenics, abortion, end-of-life decisions, embryonic stem-cell research, reproductive cloning, chimeras and synthetic biology, among others, carefully reassembling what’s at stake for each side. In graceful, sparkling prose, he illuminates intricate threads of history and complex philosophical arguments. Patient general readers, as well as scholars and students of bioethics, will benefit from Moreno’s erudition and fairness, whether or not they’re convinced by his argument for human-centered progress in science.