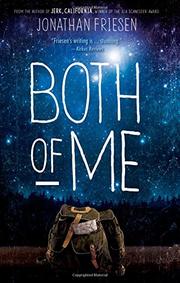 A girl with a mysterious past embarks on a journey across America to save a friend and find herself.

Haunted by a family tragedy she feels responsible for, 18-year-old Clara has traveled the world but can’t leave her past behind. This seems especially true when, on a flight to Minneapolis, she sits next to “an interesting bloke” named Elias Phinn, who seems to know her life, including details of the tragedy—her Great Undoing—she has never revealed to anyone. Clara follows Elias to his home, an inn “populated with the mad and deranged.” It turns out that Elias is suffering from dissociative identity disorder: There are two Eliases, the “real,” lucid one and the mentally ill one inhabiting an imaginary world that he calls Salem—and the paranoid one seems to be taking over, unless “normal” Elias can figure out how to destroy the evil that comes from a mysterious “Keeper” at a lighthouse. Friesen’s writing is at times stunning, neatly adept at capturing the “terror of loose footing” that affects both Elias and Clara and creating an unease in readers as well. The sheer weirdness of Elias’ alternative world will intrigue readers, and after Elias and Clara’s phantasmagoric road trip following stars and myths, those readers will appreciate a grizzled old Mainer’s matter-of-fact story that neatly explains everything.

A haunting tale for teens with a taste for the bizarre.