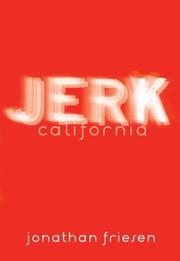 Like its Tourette Syndrome–afflicted protagonist, this novel lacks grace. Sam lives with his mother, his baby half brother and his stepfather, an abusive man with OCD who hates Sam’s dead father so much that he changed Sam’s name. With no prospects after graduation, Sam takes a job with “Coot,” a local oddball who knew Sam’s dad and quickly becomes Sam’s best friend (as well as his connection to beautiful Naomi) before dropping dead and leaving Sam his farm and a quest. Sam, now reverted to Jack and accompanied by Naomi, follows the quest and discovers his parents’ Mennonite past and the windmills his father built. Quirky characters who barely rise above caricatures, clunky dialogue and inconsistent voice and a pregnant leading-lady round out the tale. Cluttered plot and issues galore, with a too-easy resolution and a rickety back story (why did no one ever mention to Sam that his dad was not a boozing two-timer?) undermine the potentially interesting premise. Hardly worth the effort. (reading-group questions; author interview, not seen) (Fiction. 13 & up)