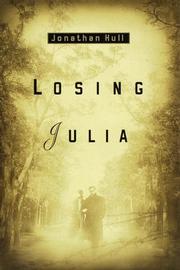 Former Time journalist Hull’s first novel paints a generic portrait of young love and trench warfare, framed by a bracingly unsentimental depiction of old age. The story moves forward simultaneously on three fronts, all chronicled in the diary of American veteran Patrick Delaney. At age 81, he recalls his experiences as a soldier during WWI, when his best friend, Daniel, died horribly after an assault on the German lines; and his brief, enchanted affair with Daniel’s lover, Julia, whom he met in France in 1928 while attending the dedication of a memorial monument. The battle scenes are adequate, but contemporary writers who venture into this arena must suffer comparison to Pat Barker’s breathtaking trilogy (The Ghost Road, 1995, etc.), and Hull falls short in both imaginative empathy and literary skill. Patrick’s account of his liaison with Julia, conducted as his unloved wife and cherished three-year-old son await him in a Paris hotel, fails to convince us that she’s as fabulous as he thinks. However—and this is a big however—the diary’s 1980 portions, chronicling Patrick’s life in a nursing home, have all the specificity and emotional weight the historical segments lack. Compare the bite of —The older I get, the more out of place I feel, like a weekend guest still loitering around the cottage on Sunday night because he’s got no place else to go— with the blandness of —How perfect she looked . . . with the kind of face you instinctively want to touch and kiss.— The lovelorn noodlings of Patrick and Julia aren—t nearly as interesting as the blunt, bitter depiction of physical decay and psychic regret that plague nearly every inhabitant of the Great Oaks Home for Assisted Living. A death scene there would have been a lot more realistic—and challenging—than the phonily romantic one Hull provides. Pretty stale stuff, but those perfectly pitched nursing-home scenes linger in the memory.