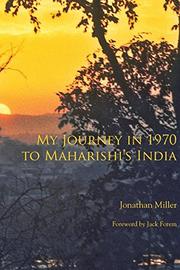 MY JOURNEY IN 1970 TO MAHARISHI’S INDIA

Recollections of tutelage under the direction of famed Indian guru Maharishi Mahesh Yogi.

Miller’s debut memoir begins by recalling his time as a youth in the 1960s when he first heard about the maharishi, who created the Transcendental Meditation technique and had popular devotees, such as the Beatles and actress Mia Farrow. After intensive study of TM, Miller was given the unique opportunity to study under the direction of the maharishi himself at his academy in India in 1970—the last TM teacher-training course held there for Westerners. In great detail, the author describes his travels to and around India, the physical and spiritual atmosphere of the academy, and the teachings and character of the maharishi and others whom he met. Some of these accounts are serious and reflective in nature: “Meditate and act: live a fulfilled life of 200%—all inner and outer values, and then spread joy, happiness and success.” Others are lighthearted and humorous, as when Miller and his friends receive watermelon to provide relief from the heat only to find that it had been “garnished and adorned with chili peppers.” In addition to written descriptions, he offers captioned photographs to chronicle his journey on nearly every page. Miller’s comfortable prose achieves a satisfying balance of insight, humor, and information about the TM technique. However, given his thoroughness, not all of the precise details will be of interest or of value to most readers. Also, the author has a tendency to repeat himself, so readers encounter a few anecdotes more than once, as well as five nearly identical photographs of the late maharishi. That being said, the worth of this book is in its uniqueness, and Miller’s firsthand experiences will greatly appeal to the maharishi’s fans or devotees. The photographs, in particular, will take many Westerners to an exciting world that’s geographically, culturally, and spiritually very different from their own.

A unique recollection and resource that will appeal most to a limited target audience.

YOUR SACRED SELF
by Wayne W. Dyer
Newsletter sign-up