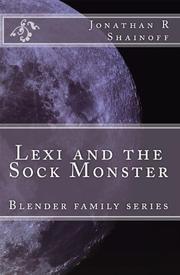 LEXI AND THE SOCK MONSTER

An 8-year-old girl deals with the trials and tribulations of growing up in this debut book, the first in an anticipated series.

To say that Lexi Blender is having a difficult week may be the understatement of the year. She’s dealing with Kyle, a school bully who teases her at every opportunity, a grouchy substitute teacher named Mrs. Butters who has an unwarranted vendetta against her and a disagreeable cafeteria milk lady who refuses to give her a break at lunchtime. As if that isn’t enough, Lexi’s father recently remarried and she’s adjusting to being part of a newly blended family. Despite everything that’s being thrown at her, however, Lexi manages to handle the pressure beautifully, even utilizing Principal Giles’ thoughtful suggestions for dealing with her anger. But when Lexi’s parents’ warnings go unheeded and they continue to find her socks strewn around the house, Lexi is punished by not being allowed to attend cheerleading tryouts. Disappointed and frustrated that nobody believes that she’s innocent, Lexi is determined to get to the bottom of the sock debacle. And as she does just that, she learns that sometimes it’s the people who continuously disappoint you who ultimately come through in the end. Shainoff’s book provides the young reader with a candid look at how painful growing up can really be—especially when you’re disregarded simply because you’re a kid. From navigating the complicated politics of elementary school, to a genuine look at the difficulties a merged family faces, Shainoff covers many of the troubles a modern-day kid encounters. While some may find the ubiquitous grammatical errors troubling and the character development lacking, other readers will find it easy to overlook these minor flaws thanks to the endearing, likable Lexi. Short and simple, this book serves as a charming reprieve from the real-life difficulties of growing up. In a world chock-full of unsuitable subject matter, parents will appreciate the appropriate storylines of this book, and kids will enjoy spending time with Lexi.