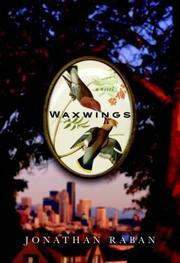 British-born Raban (Passage to Juneau, 1999, etc.) sends a poison-pen letter to his adopted homeland in this witty account of America at the turn of the millennium.

The tale is set in Seattle, where expatriate English novelist Tom Janeway pontificates on NPR’s All Things Considered and teaches writing at the University of Washington while his hotshot wife Beth counts returns on the IPO of her Internet realty business, GetaShack.com. The riots that recently marred the 1999 WTO conference have led the mayor to cancel all New Year’s Eve celebrations, but for the most part (Y2K fears notwithstanding) everyone is looking forward to the new century with very little dread. Even Chick Lee, an illegal immigrant from China who nearly died as a stowaway on a container ship, has been able to evade the INS and make a decent living for himself as a day laborer in the boom economy. But there are intimations that the party may be winding down—not least being the arrest of an al-Quaeda terrorist caught trying to cross the border in a car full of explosives. And Tom’s private life becomes a tangle of complications in short order. First, Beth (stung by some flippant remarks Tom made about the dot.com economy on one of his radio spots) leaves him, taking their four-year-old son Finn with her. Then Tom is identified as a suspect in a string of missing-persons’ cases because he happened to be hiking in the woods where one of the missing was last seen. Meanwhile, Chick sets himself up as a contractor and brings a gang of Mexican illegals over to fix Tom’s roof—just as the police investigation is heating up. Is the bubble about to burst? Or is Tom just going through a rough patch? We know, of course, but Tom doesn’t.

Sharper (and a lot faster) than The Bonfire of the Vanities, may well be one of the best accounts ever written of an American era.