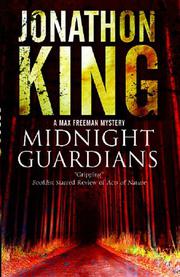 Broward County private eye Max Freeman finds out once more—will he ever stop finding out?—that the Florida Everglades are just as dangerous as the streets he once patrolled as a Philadelphia cop.

Stuttering attorney Billy Manchester, Max’s best friend and employer, is on the trail of a conspiracy to bilk Medicare out of millions. He wants Max to meet with his informant, Luz Carmen, an associate nurse for Mediwheels and Prosthetics, to find out more. Max swiftly sees a problem: Luz’s kid brother Andrés is delivering information to the swindlers. But only the violent developments waiting down the road will tell him just how deeply Andrés is involved. Meanwhile, Det. Sgt. Sherry Richards, Max’s girlfriend, has been assigned to help her Broward County colleague Marty Booker adjust to his new status after a hit-and-run driver puts a twist on a routine traffic stop that costs Marty both his legs. It’s an obvious choice, since Sherry lost a leg of her own in one of Max’s earlier adventures. Max can’t believe that the return of Carlyle Carter, the Fort Lauderdale drug dealer known as the Brown Man, to his turf is coincidental. He’s right about that, of course, but the Brown Man’s exact place in the current mess is the closest thing to a surprise here.