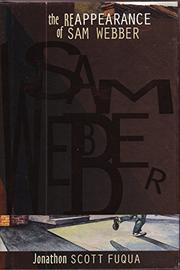 THE REAPPEARANCE OF SAM WEBBER

A year in the life of a Baltimore boy provides the basis for a formidable portrait of urban American life. Eleven-year-old Sam Webber, usually known as Little Sam, abruptly becomes just plain Samuel when his father disappears without a trace. Hoping he was kidnaped (abandonment is the far more devastating, though likely, explanation), Sam is traumatized further by the move his mother’s forced to make from their pristine middle-class neighborhood to a rough area of town. A closet in their new home becomes the TV room, and Sam watches rain pour in through a leaky kitchen window. Completing the transformation of Sam’s old life to new is his attendance at an unfamiliar school full of bullies, pregnant teens, and, miraculously, Greely. A black janitor at the school, Greely notices Sam’s distress—the constant hyperventilation, the nausea, his obvious fears—and befriends the boy in a way that alters him profoundly. Greely tells Sam about the civil rights movement, tosses a football with him, takes him to the Little Tavern for burgers—in short, becomes a surrogate father. Others slowly fill the shoes Sam’s father left empty: His mother’s new boyfriend Howard, sharing comic books and companionship; and Junie and Ditch, his mother’s employers at the flower shop. In Sam’s second Baltimore, a skinned, gritty version of what he once knew, he comes into his own, no longer afraid of dirty streets or gangs of kids and slowly accepting the loss of his father as he learns to depend more on himself. Although his father never returns, others love and nurture Little Sam, leading to the emergence of a Sam who is less troubled. A warming exploration of fairly routine material, made attractive by newcomer Fuqua’s depiction of city life. (Author tour)