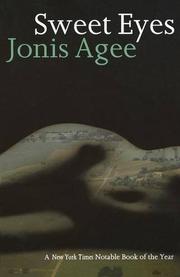 A first novel from poet and short-story writer Agee (Bend This Heart, Pretend We've Never Met, both 1989)--about small-town life, spiced with Peyton Place intrigue and racism, in Divinity, Iowa--is filled with a great deal of mood music, but also effectively evokes its female narrator's coming-of-age. Honey Parrish, 33, is ""the unofficial UN observer to this war-tom country""; she's saddled with, or guided by (depending upon your point of view), the frequent visits of dead vet Clinton, who offers cagey advice but also seems to harbor a deadly secret--a secret that the thin plot here finally unravels: Clinton, before his death, accidentally shot a black woman in the head one night in the company of some other good old boys, Honey's evil brother Sonny Boy the most prominent among them. Agee's novel, on the way to revealing this information, alternates bursts of poetic prose with the saga of Honey's long, complicated affair with Jasper Johnson, the only black in town: ""I don't fit in. I don't even want to."" Sonny and some others beat up Jasper when he gets involved with Honey, and someone also begins to pelt Honey's trailer with beer cans: turns out to be Sonny Boy, of course. Meanwhile, several other vivid characters fill in the gaps: Honey's pregnant best friend, Twyla Tooley, who ""hears everything in town"" and dies on the way to the hospital; Honey's sexist boss Bowker, who oversees a centennial for Divinity and eventually gets his comeuppance; and Azium Boardman, a geologist who is a sort of father-figure to Honey and literary consciousness to Agee (Boardman likes to figure out ""what the writer didn't have in mind, but ended up saying anyway""). While Agee often enough finds her rhythm, there are also frequent lapses into pointless gossip and soapy sentimentality. Still, there's enough sprawling vivacity here to let Agee do for Divinity, Iowa, what McMurtry does for Texasville: create a comfortable, lived-in world.