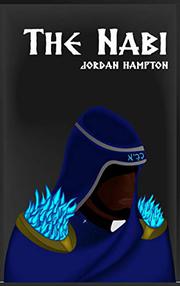 A supernatural novel focuses on harnessing the power of Scripture.

Hampton (The Mentality, 2012, etc.) presents Aiden Zane: an Air Force veteran living a seemingly lonely existence in Edgehaven, Arizona. When readers first meet Aiden, he is in church fighting back tears. The cause of his dismay goes back some years, to a time when he and a close associate named Eran Hewer became “guardians of this world.” While on a special mission in Israel, Aiden and Eran were informed by the prophet Elijah that they would be trained to become Nabi’im. They would learn to harness superherolike powers that come not from a magical item or a radioactive accident but directly from the Holy Spirit. To utilize their abilities, they would quote Scripture. And they would need to get pretty good at that with the many dangers they would face. Eventually, Eran failed to resist temptation and he wound up releasing Lucifer into the world. Lucifer now has new plans for humanity’s destruction. Luckily for Aiden, a bold woman named Maya Hadarah is on his side. Will they have what it takes to stop Lucifer’s latest rebellion? The story progresses quickly and the action is rampant. As both fists and biblical quotes fly, the book provides a fresh angle on the idea of an epic battle. Perhaps most intriguingly, Lucifer even summons some bad guys from the Bible, such as the Canaanite god Moloch. While such details give the novel depth, other aspects are not as tightly knit. Dialogue can be awkward and even confusing, as when a policeman looking for someone named Bloodsport says to Maya: “If you don’t know where he is, then I don’t think we’d be wrong to assume that you’re him yourself!” The scene is further jumbled by the fact that Maya later repeats what happened to Aiden even though readers are well aware of that situation. Yet the narrative keeps moving with angels, demons, and the fate of the world hanging in the balance. It all culminates in an ending that is as unexpected as the idea of heroes powered by sacred texts.

A fast-paced adventure that delivers an odd mix of Bible-fueled action and clumsy dialogue.