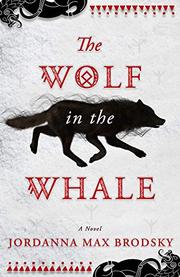 THE WOLF IN THE WHALE

A young Inuit shaman must battle the elements, the gods, and violent strangers in order to survive.

Omat’s family is in danger. Years ago, they lost their best hunters and since then have routinely faced starvation. New children aren’t being born, and they are geographically isolated at “the edge of the open sea” in what is now known as the eastern Canadian Arctic. Even though Omat is a powerful angakkuq, or shaman who is guided by animal spirits and is capable of taking their form, it is not enough to put food in the bellies of the small band. When, miraculously, another group of Inuits come upon their camp, Omat’s family believes they may be the answer to their prayers. But Omat is put at risk by the new band’s insistence that she live as a woman; they reject Omat’s claim that she is uiluaqtaq, one who is neither woman nor man. Little does Omat know that an even more dangerous risk awaits: an encounter with Norse explorers that will change her life forever. Brodsky (Olympus Bound, 2018, etc.) displays the same meticulous research and obsession with folklore and mythology that marked her Olympus Bound trilogy, about ancient Greek deities living in modern Manhattan. This time, though, the anthropological detail offers a window into a world few readers are likely to know much about, and long passages about how to butcher a whale are engrossing. Brodsky also has a chance, however, to make some observations about gender and colonialism here, but she passes that up in too-frequent favor of a Disney Pocahontas approach, which may disappoint.

Brodsky takes the one surviving record of a meeting between the Norse and the Inuit and spins it into a compelling and fast-paced tale.