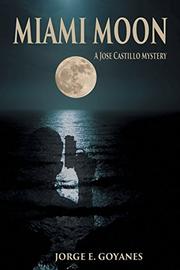 A wisecracking sleuth explores dangerous happenings in Miami in this second installment of a mystery series.

Jose Castillo, a luxury car repairman, moonlights as a private investigator. Usually, his cases involve minor infractions such as personal injury incidents or infidelity. He goes on stakeouts in his van equipped with the latest spy technology courtesy of his computer wiz pal, Jim Gafford. Jose is hired by Lesson, a strip club security guard who fears for his safety. After Lesson overhears strange rumblings from his Russian boss, Volkov, his house is mysteriously firebombed. Turns out, Volkov has been on the police radar for years and Jose steps in to uncover what is going on. When Jose learns that Volkov is part of the Russian mafia, he enlists the help of old military friends Chris and Chini. Jose uses out-of-the-box, risky measures in his work (for example, kidnapping and drugging a potential informant). Soon, Jose is targeted by Volkov’s gang and must wrangle himself—and his loved ones, including his fiancee, Kat—out of trouble. Meanwhile, Miami police are on the hunt for a killer targeting sex workers. After investigative reporter Lola Sanchez is murdered by the culprit while working undercover, Jose joins his best friend, Homicide Detective Nate Devine, in the search for the serial killer. Goyanes (Miami Beat, 2012) often includes captivating descriptions, many focusing on Jose’s car restorations, local Cuban food and eateries, and factoids about the city. A scene in the Miami Tunnel prompts: “The Miami Tunnel was first proposed in 1983 to alleviate the traffic....Between the burgeoning cruise ship traffic and the steady flow of the cargo container industry, it became evident that something had to be done.” But the dialogue can be explicit, which may disturb some readers. For example, characters toss out slurs (one scene features homophobic language in an interaction with a cross-dressing sex worker). Although Jose and friends’ sarcastic banter often pokes fun at different cultures and ethnicities, the private eye explains: “All of us come from different descendants...we rag on each other like brothers because circumstances have put us together...we have had each other’s back at some point.” While the murders are detailed and graphic, the plot is engaging and Jose is a stand-up, strong protagonist. His intriguing back story contributes to his detective skills quite well.