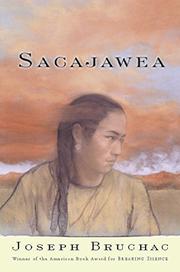 The Lewis and Clark expedition to explore the northwest part of the American continent probably would not have ever been completed without the help of the young Shoshone woman Sacajawea. She and her sister, Otter Woman, were kidnapped from their tribe and kept captive by the Minetarees, a tribe that had been influenced in language and customs by its years of contact with French and English traders. Sacajawea picked up the ability to speak the whites’ languages—a skill that stood her in good stead five years later when a French trader, Toussaint Charbonneau, won her and Otter Woman from their Minetaree captor. Charbonneau married the young Sacajawea, and they had a son. Soon after, Charbonneau was hired by Lewis and Clark to accompany their expedition in its next phase along the Missouri River to the Pacific Ocean—and Charbonneau was invited to bring his family along. This was wonderful news to Sacajawea, whose great dream was to be united once again with her Shoshone family. Much has been written about Sacajawea’s role in the expedition, how she and her child disarmed even the most hostile Indians and how her skill in languages, along with her ability to find food, kept them all going through the severe rigors of the long trip. The story in this book is told in alternative voices by Sacajawea and William Clark, the co-leader of the expedition, giving an added dimension to the tale and helping to clarify much of what happened along the way. Couched in Bruchac’s elegant prose, this epic tale of courage and endurance is both a grand adventure story and an inspiration that is not to be missed. (Fiction. 12-14)