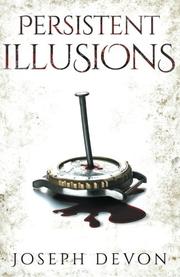 Book Two of the Matthew and Epp Stories

The hidden seraphic testers of humanity must adjust to drastic changes to their world in the aftermath of 2009’s Probability Angels.

Mere months after their conflict, an uneasy peace has been reached between the testers, unseen beings who push humans to reach their full potential, and the rotted things, ex-testers who have become zombielike creatures. Testers have returned to their duties and, to protect themselves from rogue, rotting elements, now employ working-stiff zombie bodyguards and powerful matter-manipulating tricks. But their enemies are weakened, not defeated, and unknown elements abound, from a Mary Shelley-inspired zombie monster-maker, to two humans with seemingly unlimited pushing potential, to a drug-addicted teenager girl who can manipulate time. And then there’s Epp, the legendary ex-tester, now a rotted thing himself, whose identity crisis could make him the biggest threat of all. A good sequel should raise the stakes, and Devon’s novel largely delivers, as his world of testers and their zombie counterparts becomes even darker, with old threats and new factions threatening the delicate balance left by the war in Probability Angels. The novel is loaded with unique imagery, sometimes charming, sometimes horrific, but all very entertaining and presented in a casual style capable of unnerving one minute and creating tension the next. One of the author’s greatest strengths is world-building, but there’s just not enough new material here. With the world already built, there’s nothing to hide the novel’s shortcomings and wasted movements, particularly its repetitious exposition and reiterations of earlier scenes. Established characters like the rookie tester Matthew or the eccentric samurai Kyo have to share the stage with newer ones like the tortured, time-tweaking Madeline and the willful, rotted butcher Linus, and while fresh faces are exciting, splitting time between the new guard and the old ultimately short-changes both groups. Readers familiar with genre works will find some things a little pat, but the majority of Devon’s world still feels deep and original.

Lots of fun and disturbing stuff, even if the story is scattered and unfocused at times.