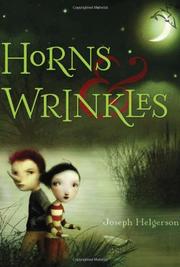 On a stretch of the Mississippi River between Blue Wing, Minn. and Big Rock, Wis., magic still works thanks to a bluewing fairy’s sacrifice. Each time Claire’s cousin Duke bullies her, he is cursed to become a rhino, starting with the horn and progressing each time he bullies. Things go downhill from there. Their families are turned to stone, and the two are embroiled in an ages-old curse feud between the Rock Trolls and the River Trolls. After much adventuring, Claire and Duke face off against Bo the Great Rock Troll in different ways with quite different results, and everything turns out well for most. Helgerson’s debut is a confusing, nonsensical mish-mash. The character quirks are forced, the narration is overly chatty and much of the humor is lame. The first-person narrator frequently knows the motivations of other characters, and the magic is silly and arbitrary. There’s plenty of imagination here, but little logic or thought. Ceccoli’s jewel-eyed spot illustrations don’t make this a worthwhile purchase. (Fiction. 9-12)