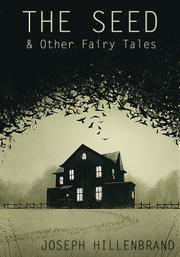 THE SEED & OTHER FAIRY TALES

The collection opens with “The Seed,” the story of a very unconventional family: a single mother, her bright daughter, Caroline and Caroline’s guardian ghost, who ultimately helps her save herself from violent death. Other stories about failed quests and generous souls who come to bad ends emphasize the dangers of magic and trust. In both “The Seed” and “Applebite,” the collection’s two longest stories, the female protagonist triumphs, but there’s a sense that the victory comes with a cost, and readers may wonder how the women will cope with their successes after the stories end. In “Applebite,” for example, a woman confronts her god with magic, ultimately subsumes him and becomes a greater power herself. “Sand Castles,” a tale about a soldier who’s willing to sacrifice his life to bring peace to his kingdom, shows the futility of his gesture when the soldier’s companion seeks revenge, sparking the war to an even higher conflagration. Although a sense of pessimism pervades most of the stories, “Calimire” alone celebrates hope. In it, human John travels to the land of Calimire, ruled by frog-like creatures, to aid the queen in assassinating her husband on the promise that he’ll become the next king. However, John has second thoughts about his agreement and seeks solutions beyond those he’s offered. By trusting in hope and love, he saves both Calimire and himself. The collection features illustrations from nine different artists, and the varying styles suit the tales. Unfortunately, Hillenbrand also changes the typeface for each story, and several are difficult to read—a problem that may be overcome in some digital formats.

Enjoyable fairy tales for readers who prefer dark and eerie to happily ever after.