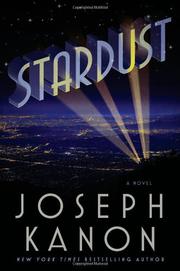 Kanon’s atmospheric, character-driven latest (Alibi, 2005, etc.) comes within a whisker of being flawless.

Hollywood, 1945: a place where an observer as shrewd as Ben Collier could easily conclude, “Nothing can lie like a smile.” Lots of smilers, lots of lies, lots of reasons for Ben not to believe that his brother Danny’s death was either a suicide or an accident, though both have been put forward as explanations. Still in uniform, Signal Corps officer Ben arrives in Hollywood on assignment to make a Nazi death-camp documentary for the army. He’ll work under the auspices of Continental Films and Sol Lasner, its pepper-pot founder and boss. But there’s a subtext, of course. In Germany, where they were boys, Ben adored his charismatic older brother. Danny’s charm, unflagging energy and zest for life were givens in the Kohler household. Suicide? Never! Accident? Well, perhaps, but Ben can’t be convinced of its likelihood. Though circumstances, mostly those attendant on being a Jew under Hitler, uprooted and eventually separated them, the brothers had remained in touch as best they could, while leading far-flung and disparate lives: Ben a soldier, Danny a movie producer. A movie producer with enigmatic sides to him, Ben discovers as his investigation intensifies. There’s the mystery surrounding his role as husband, for instance, to the beautiful Liesl, who will come to loom large in Ben’s own life. There are the unsettling ways Danny seems connected to the infamous Congressional Red-baiting that’s breaking so many careers and hearts now that the Russians are no longer U.S. allies. His brother had bitter enemies, Ben soon realizes. Which one was a murderer?

Yes, it’s too long, resulting in a certain noticeable softness around the middle, but time and place are so vividly evoked, and the writing is so strong, that most readers will be of a mind to forgive.