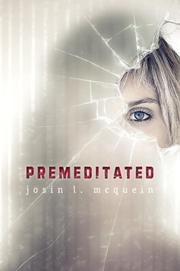 A character-rich thriller keeps the pages turning until the very end.

Dinah is bereft when her cousin Claire, the Cuckoo to her Dodo, attempts suicide and ends up in a coma—especially when Dinah finds out that Claire did it because she lost her virginity to the boy with whom she had a summer romance. Now Dinah is out for revenge on the boy, Brooks Walden, all-around golden boy and seemingly nice guy. To put her plan into action, Dinah takes Claire’s spot at the Lowry School, a venerable prep school where Claire was supposed to begin her freshman year. It means bleaching her dark hair and taking out her piercings, but Dinah would do anything for her Cuckoo. Helped by Jackson “Dex” Dexter, a scholarship student at Lowry, and her friends Tabs and Brucey, Dinah starts turning the screws on Brooks. But the more she gets to know him, the more she doubts whether she’s doing the right thing. Will Dinah stop herself before it’s too late and she makes a horrible mistake? Dinah is a totally engaging protagonist: flawed, honest and real. The secondary characters are similarly well-drawn, although Brooks’ poor-little-rich-boy drama is a trifle underdeveloped.

Although the critical plot twist is somewhat telegraphed, McQuein’s talent shines in this compelling character study.