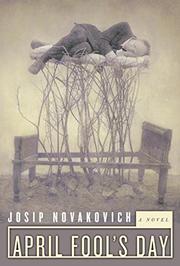 A Balkan Everyman’s progress through the later 20th century and the afterlife.

Protagonist Ivan Dolinar is born on April 1, 1948, and grows up in the Croatian village of Nizograd, where he learns “to admire the power of the state,” worship Tito, and channel his adolescent romanticism into the study of medicine. In a quirky episodic narrative, Ivan attends medical school in Serbia and somehow passes his exams, but finds his life plans irrevocably altered after a prank misfires and he’s charged with plotting to assassinate Tito and sentenced to four years’ hard labor. In prison, he meets Tito (who’s surprisingly cordial, under the circumstances) and is befriended by visiting Indian Prime Minister Indira Gandhi, then released early (during the “Croatian Spring” of 1968), and reinvents himself as a student of philosophy. Similar ups and downs mark the next 30 years, during which Ivan remains basically unemployable, finally loses his prolonged virginity, fights for the Yugoslav Army (against his fellow Croatians), marries after having perhaps fathered a daughter (the facts are ambiguous), experiences the pleasures and pains of adultery, and succumbs to a stroke in his early 50s. The Croatian-American author’s deadpan prose, used to such brilliant effect in his story collections Yolk (1995) and Salvation and Other Disasters (1998), is less effective here, because Ivan—whose inability to fit in anywhere subtly parallels his homeland’s instability—is too emotionally subdued to be a particularly compelling character. But Novakovich’s understatements work superbly in the closing chapters, when Ivan’s inquisitive ghost achieves a harmony with his surroundings that had been denied him throughout his life.

A flawed though agreeably eccentric first novel from one of the more interesting and unusual contemporary writers.