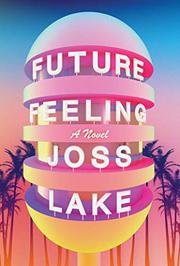 A trans man armed with the power of self-reflection embarks on a hero’s journey.

This debut novel begins in a vaguely futuristic New York City with our hero, Penfield R. Henderson, scrolling through the Gram, a sort of evolved Instagram with holographic capabilities. The object of Pen’s attention is Aiden Chase, a fellow trans man whom Pen both worships and despises. Aiden represents a “trans-father whose shadow [he] wanted to step out of even tho dude was younger.” Unable to handle another perfect post from Aiden on the Gram, Pen decides to place a hex on him, asking his Bushwick roommates, the Witch and the Stoner-Hacker, to help him “curse someone, in both the old ways and the new.” This plan goes awry when a trans man named Blithe Freeman encounters Pen’s curse before Aiden does, and he's sent deep into the Shadowlands. Enter the Rhiz, an underground trans network, which enlists both Pen and Aiden to find the cursed man and bring him back. The two frenemies set out to rescue Blithe from the Shadowlands, which, despite functioning as a metaphor for deep depression, is physically located in Joshua Tree. The journey is akin to a queer millennial version of The Alchemist, complete with proverbs and personal growth. Pen’s raw reflections on his insecurities as a trans man—"my feet were still sweating from my encounter with the airport scanners. I knew they saw I was missing a big dick”—provide a realness to this dreamlike, allegorical narrative. The attempts to orient the story in the future, from subway cars that glow with Bio-meter readings to vague mentions of climate-related natural disasters, only serve to distract from a more powerful reality: For underrepresented communities, the everyday experience can be alien enough.

This is a modern allegory with a unique voice—searching, questioning, vulnerable, witty.