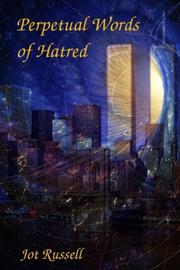 A U.S. government agent, on a time-travel mission to thwart the 9/11 attacks, makes a fateful voyage through the centuries to reshape the world in this sci-fi thriller.

Just after the terrorist attacks of September 11, 2001, government operatives Phil Graseck and Tony Tricarico are hunting Islamist cells in the New York City area. Tricarico, in particular, despises all Muslims, whom he calls “towel-monkeys.” Secret experiments in invisibility have yielded a high-tech suit that not only renders American commandoes undetectable and able to pass through matter, but also able to travel through time. The two agents are tasked with going back in time to assassinate the 9/11 terrorist plotters before they can strike. Phil completes his assignments, but back in the present, he finds a post-apocalyptic, lifeless landscape of ruins; this is because Tony went rogue, warping back to the ninth century and drastically altering history by assassinating Muhammad. The novel follows both agents in parallel, first-person narratives. Tony revitalizes a dying Roman Empire by providing them with manufactured rifles, and sets himself up as “Caesar Tricarico,” pitting the Romans against both the Pope and the dominant Greek Byzantines. Phil explores the highly democratic but destroyed culture that Tony sired and schemes to restore the proper timelines. Russell (Open Source Government, 2013, etc.) provides a slender what-if story of time travel and historical revisionism that takes a few odd, Möbius-strip twists and turns but satisfies in the end. On a rather campy note, Phil finds a lovely, sexually available young woman at his side pretty much anywhere (and anywhen) he materializes. Tony, despite his Martin Scorsese-esque, F-word-heavy vocabulary, is a compelling antagonist—ruthless and bigoted, with a twisted moral code and a state-building intellect behind his Benito Mussolini-style ambitions. Readers should appreciate that Russell has kept his story to a trim but serviceable word count; other sci-fi writers might have delivered a tome as thick as a Coliseum pillar.

A wild ride that offers a cautionary tale of Islamophobic wish-fulfillment, archaic military heroics, and a fine, philosophical denouement.