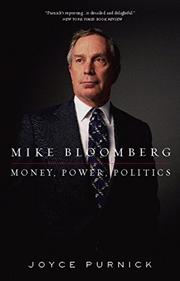 The Mogul and the Mayor

Generally admiring biography of the New York politician whom many have criticized but few have outflanked.

Former New York Times columnist Purnick has been on the mayoral beat for years. Her study of Michael Bloomberg, the billionaire mayor, takes a heavy human-interest approach, more befitting a magazine piece than the front page. We learn that Bloomberg, in the manner of Elvis, is fond of peanut butter and burnt bacon, and that his style of managing “takes self-control, coolness, a refusal to indulge emotions or denounce the obstacles, and no vindictiveness or grudge-holding.” Those are good traits for a politico to have, to be sure—even one who spent $100, by Purnick’s reckoning, for every vote he won in the second-term 2005 race, and who revels in “racist, sexist and homophobic jokes” that would normally put an end to a political career backed by shallower pockets. The author does a solid job contrasting Bloomberg’s style with predecessor Rudy Giuliani’s. “Avuncular he is not,” Purnick avers, but Bloomberg gets things done, including carefully lobbying for a suspension of the term-limits rule to bag himself a third tour of the mayor’s office. The author’s careful account of that victory—a worthy case study for anyone seeking ways to game a system designed to protect voters from anti-democratic dynasties—is worth the price of the book.

A touch too uncritical for readers brought up on hardnosed journalistic takes on politicians, but of interest to students of Gotham politics.